I haven’t blogged in a while and I think my mental stress level shows that. There’s a inexplicable need to blog, to write down my feelings and musing–different than writing a novel. Writing a novel, or plotting any story is more a free thrill, a ride, with endless possibilities. It’s free-world, it’s running through a large field, it’s swimming a vast ocean, it’s floating through space…

Blogging is therapy for the soul and a detox for the brain.

And with that description it should be obvious there are things to get off my chest.

I’ve mentioned a few times now how SoCal was a toxic place for me, filled with broken dreams and a general junkyard for all my past aspirations and failures. The move to Seattle was a blank canvas, a place to start anew. So far the move is great. I love it here, and the mere thought of moving back to SoCal sends shivers down my spine. I can’t tell you how many nightmares I’ve had of being trapped back in SoCal with no way back ‘home’ to Seattle. The nightmares lasted a couple months after my move and I thought that was the last I’d ever hear of them. Wrong. Recently they’ve crept up on me. I’m not sure why and they’ve been bugging me for a while.

I can’t remember who it was, but a friend of mine said the nightmares have returned for likely the same reasons as when I first had them. In the beginning perhaps my mind was fighting what my heart wanted and what my brain wanted; hope versus complacency/familiarity. Now, I think my mind is seeking something to hold on to, deeper roots in this place I call home. I certainly don’t want to go back, but I’ve hardly made any new roots here in Seattle. I never thought making new friends would be so difficult as I got older. Then again I haven’t really tried. Though, I talk to a lot more coworkers than I ever did. Whereas in my last place I never opened up until I was about ready to leave. In fact, I remember one person in particular saying, “How come I never knew how cool you were? How come you never hung out with us?” Makes me smile just thinking about it 🙂 (I got called ‘cool’ !!!)

There are a few friends I’ve made up here, but a part of me still hasn’t overcome my introverted behavior. And to be honest it’s something my initial friends were thrown aback by. It’s so hard to explain to them why or when I just want to be home in my cave. Though I guess it comes with any new friendship, figuring out ones habits, likes and dislikes. I think this has been a big part of why dating is so hard here.

I can list all the silly quirks about me; scrutinize and analyze them until I think I’ve figured out the root cause, but in the end I’m still left with the quirks. Nothing changes. For example…

I hate taking photos. I’ve finally pin-pointed this to being teased throughout most of my youth for looking ‘ugly’ or ‘odd.’ It was obviously enough of a traumatic experience that I’ve refused to take photos. My parents don’t even get away with taking photos. And I’m not the kind of persons that says “oh, yeah, I totally hate taking photos” but have hundreds of photos all over social media! A close friend once blocked shots at a state fair from a woman taking pictures of visitors. No joke. Only recently have I tried to overcome this fear by taking author photos, even so, I loathe taking photos. I’ll be the biggest baby and hide and run from the camera. I hate photos and I hate those that think they can get away with taking a photo of me!

Introvert with mild agoraphobia. I don’t think I realized I had either until recently. It’s rather embarrassing but identifying these helped me work around them. I’ve learned to identify when I need to recharge, saving one day after a trip to just recharge before heading back to work. I learn to shop late at night to avoid crowds, or just people at the store in general since a ‘crowd’ to me is more than five people 😛

So, now that I’ve laid out all my broken pieces…

What’s missing? Who is missing?

There’s a piece missing somewhere here. I know it. I can feel it. I just haven’t figure it out. In this large ramble of an entry–and rather disorganized–I set out to write out everything that had been stirring in my head. It’s a laying down of the cards, hoping to make sense of where to go from here and identify the cause of the nightmares.

But in the end, I’m still not sure what it all means, the many pieces of me. 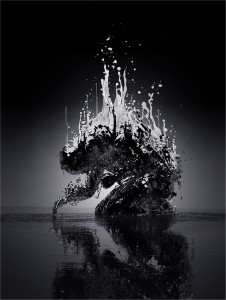 This entry was posted in Rants/Musings. Bookmark the permalink.

1 Response to The Many Pieces

This site uses Akismet to reduce spam. Learn how your comment data is processed.